When we made Communion in 2011, the aim was to create the sense that you're surrounded by life, rather than abstract digital shapes. This immersive 360º audio-visual installation brings together a bouncing grid of hundreds of unique multi-limbed organic beings, which pulse to the soundtrack in synchronised rhythm. A unified community of creatures evolve and dance in front of us, along to an electronic soundtrack – like dancers in a rave lost in connected euphoria.
In line with much of our work, there is a sense of joy in their experimentation. Here technology is a friend, not a foe. 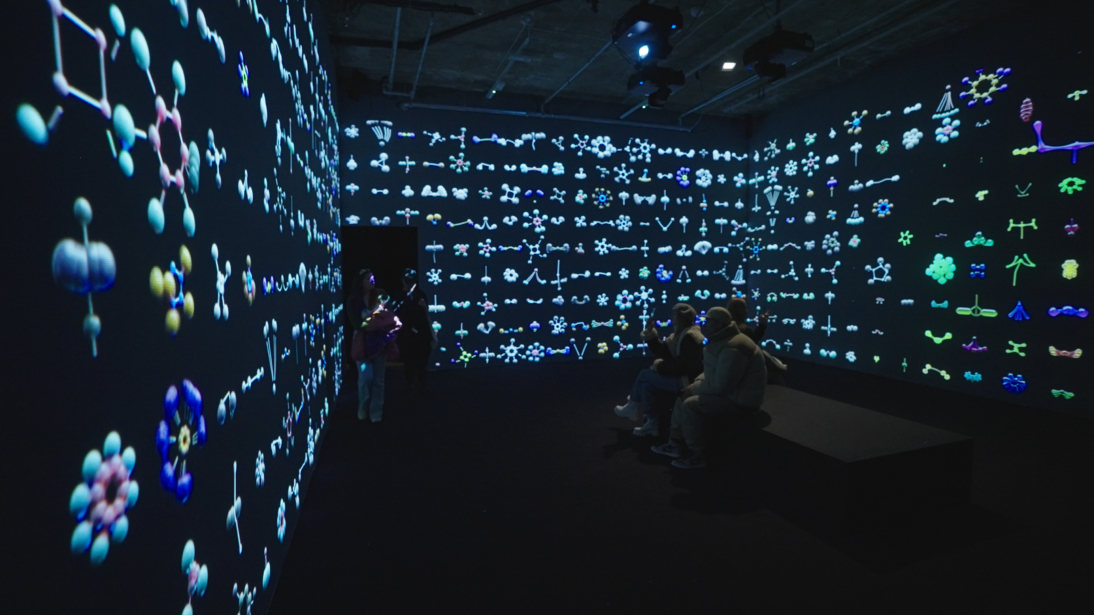 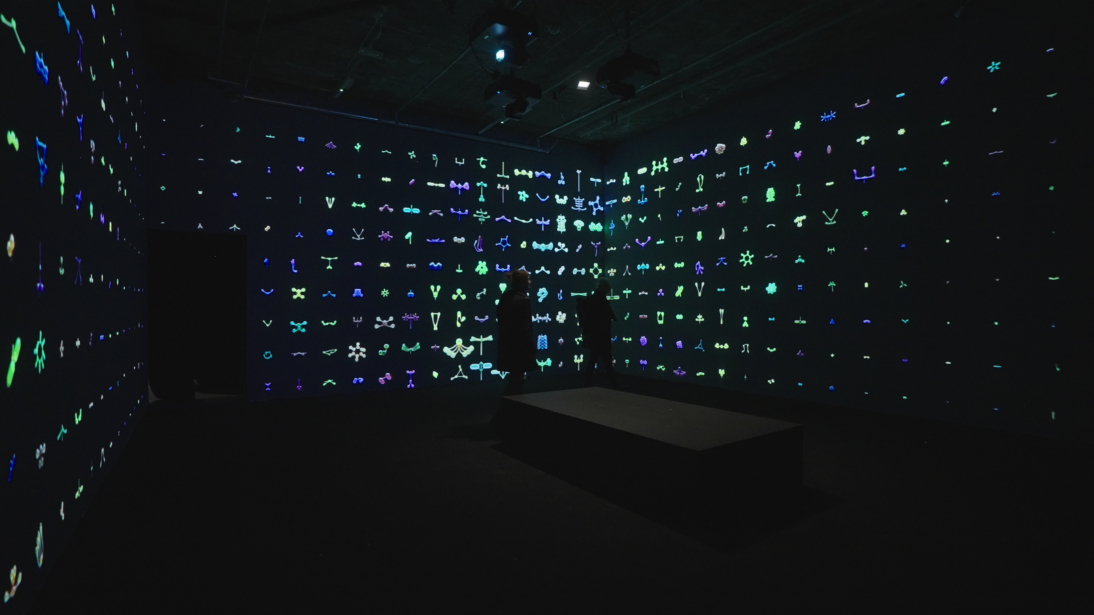 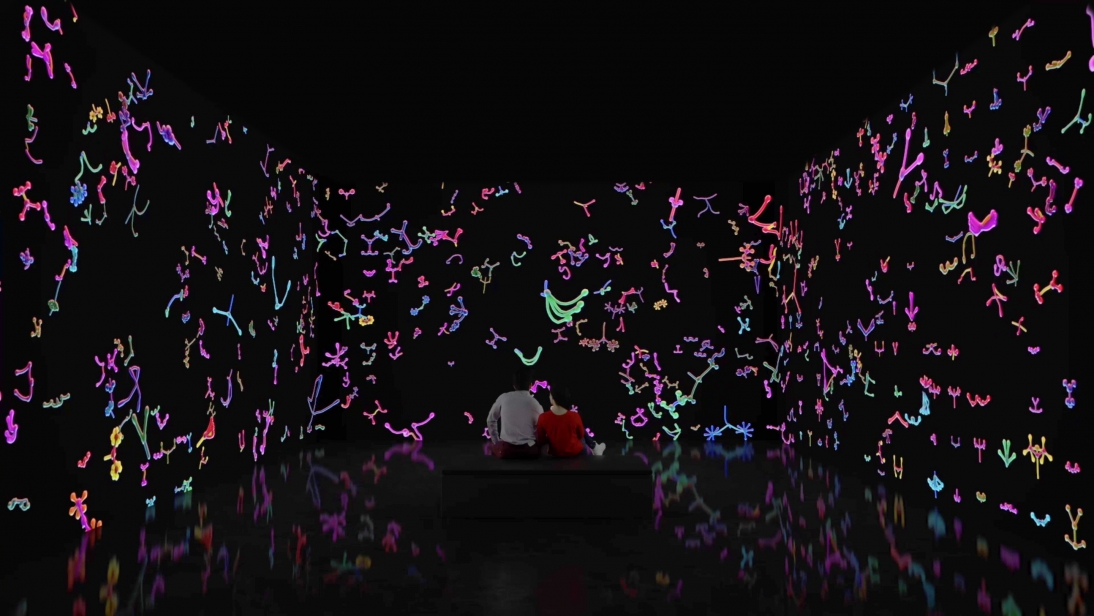 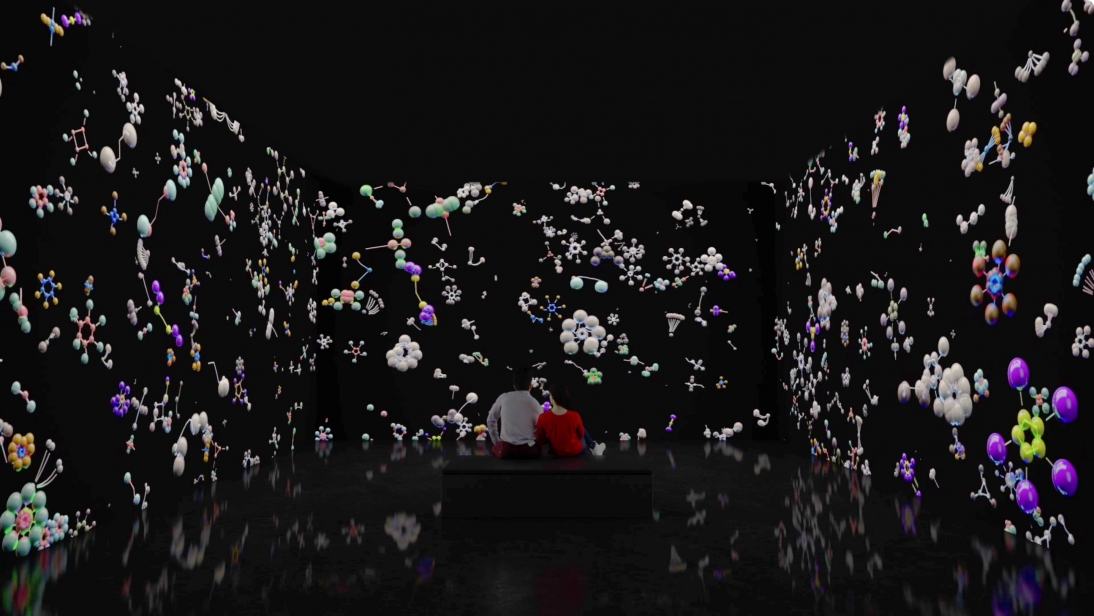 Communion is an immersive world populated by hundreds of procedurally generated dancing lifeforms. The creatures evolve from primitive cellular structures to complex, multi-limbed beings, embodying living characteristics and personalities. A polyrhythmic soundtrack amplifies the energy in the 360º audio-visual installation, implying a sense of unity and community between these curious mutating creatures.

We originally made and exhibited Communion in 2011 in collaboration with field.io for the major solo show Super-Computer-Romantics at La Gaite Lyrique, Paris. Communion (2020) is a complete reworking of this artwork, using custom-made procedural software, rendered in fine detail.