Walking City uses CGI software, originally used in Hollywood visual effects and physics simulations, to create an evolving building in movement. Influenced by biomorphic architecture and the work of people like Zaha Hadid, our walking minimalist building shifts its shape, patterns and geometric form. Against a white background, the focus is on material evolving and forming its own kind of narrative. The 2014 version of the artwork won the Golden Nica prize at Ars Electronica, pre-empting our later large scale, exterior building projection pieces. Here the architecture of the city and the people within it join together. 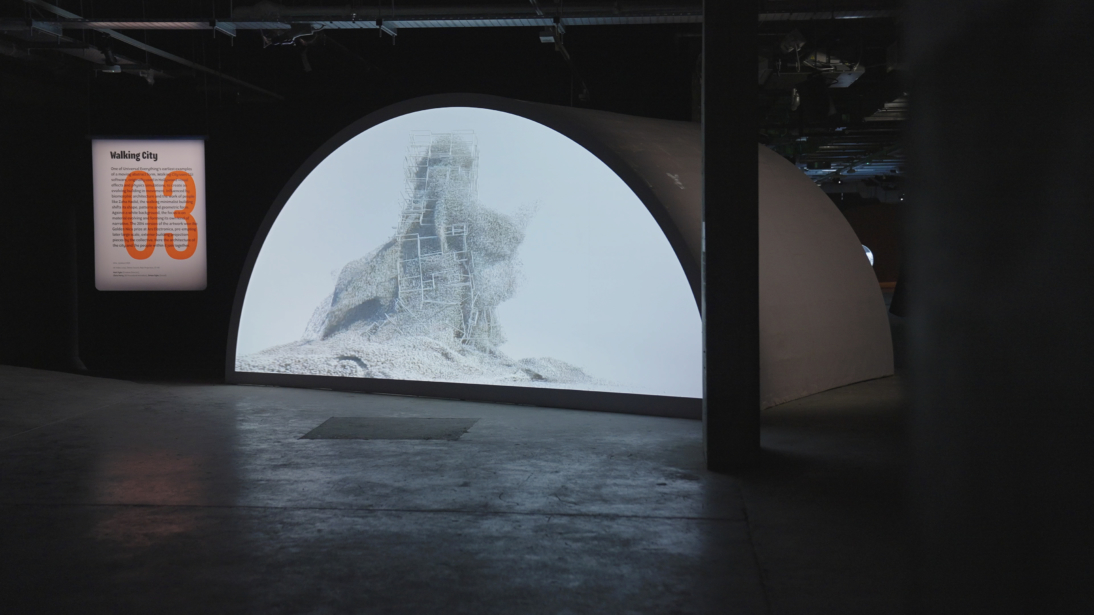 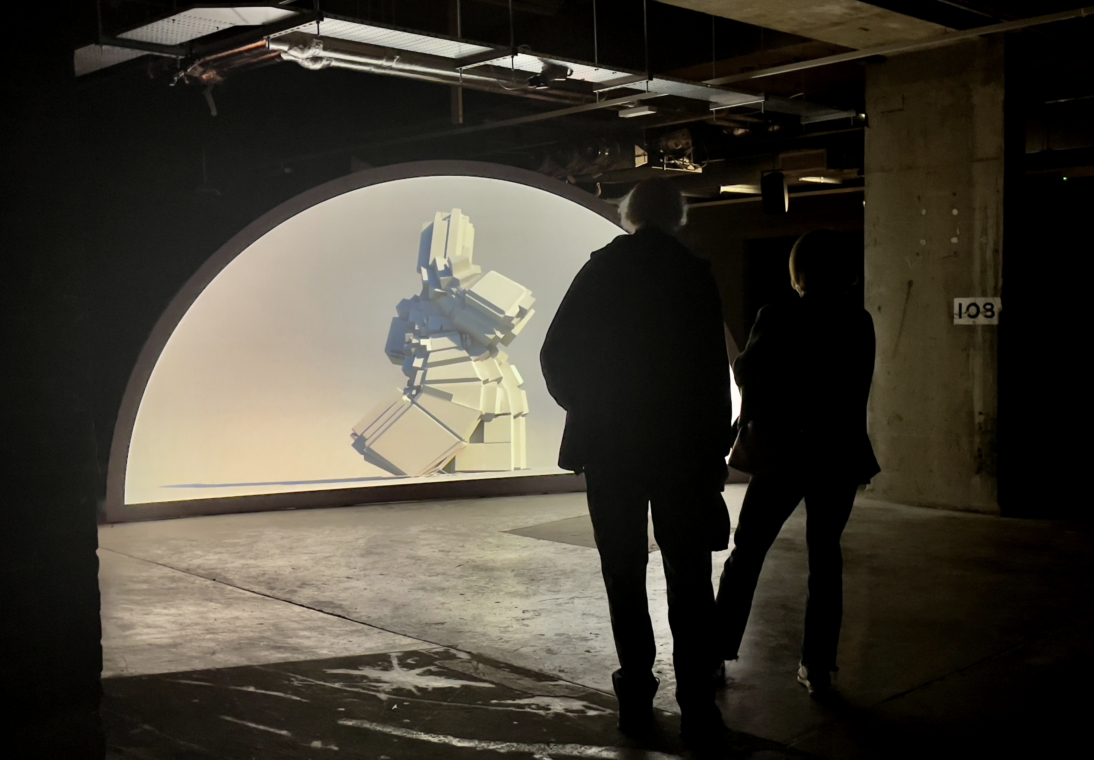 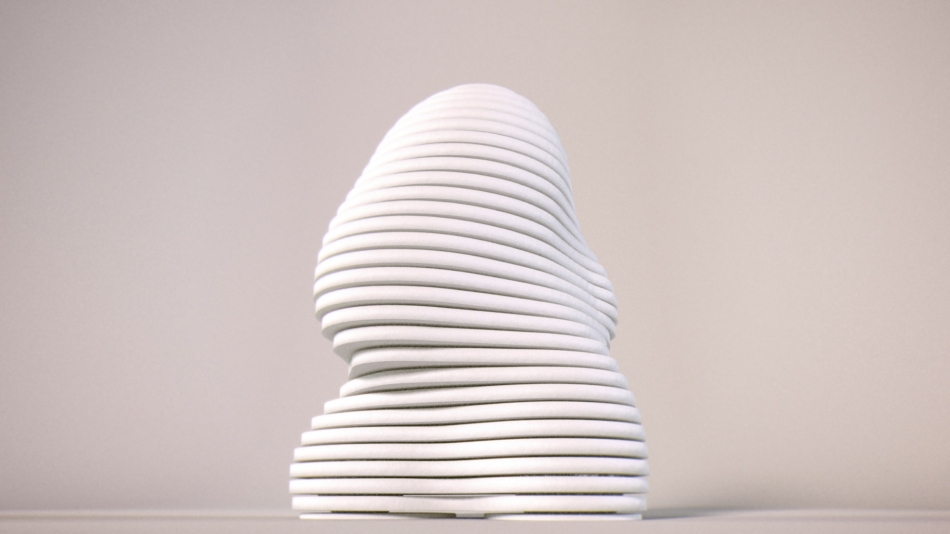 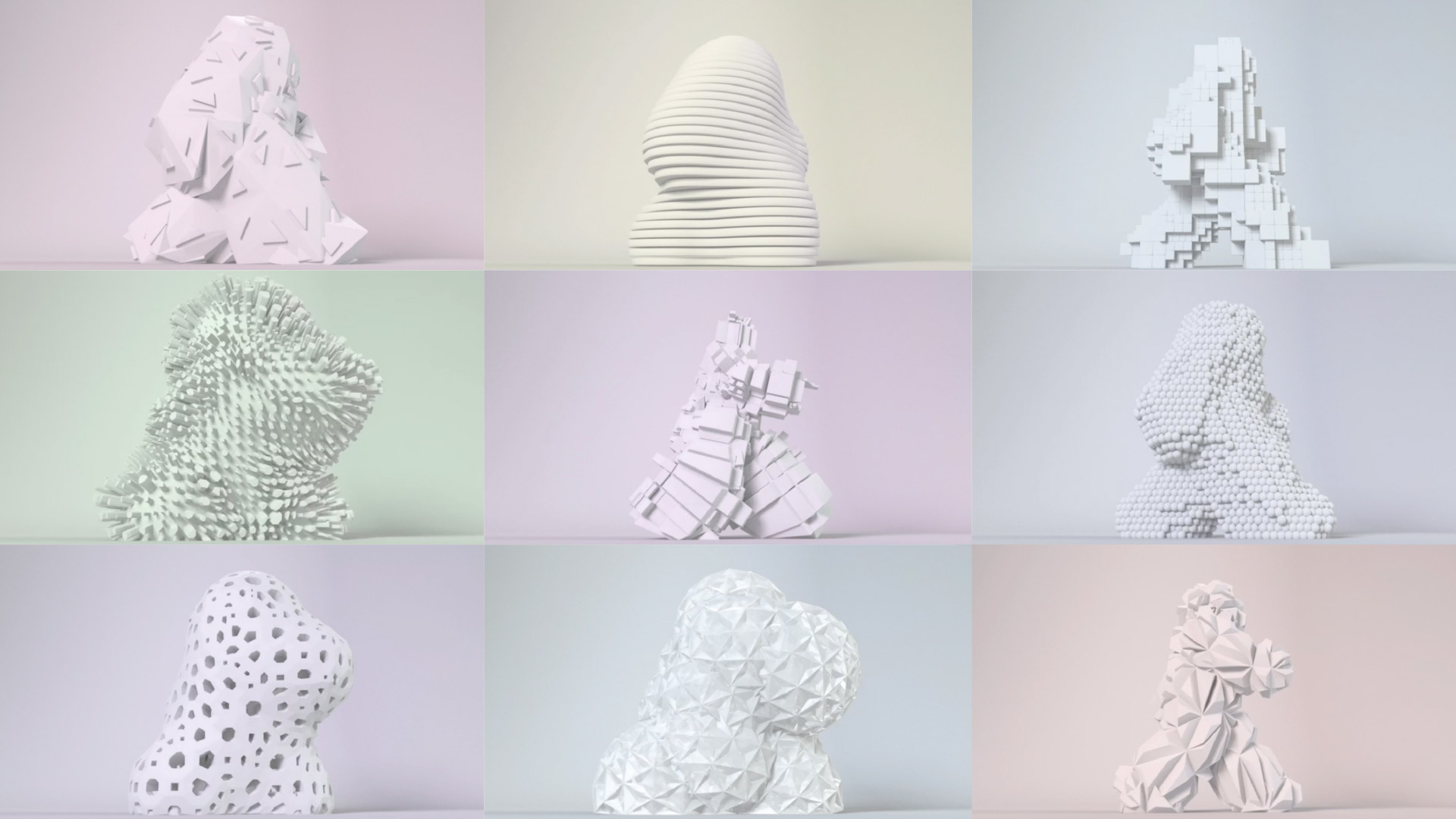