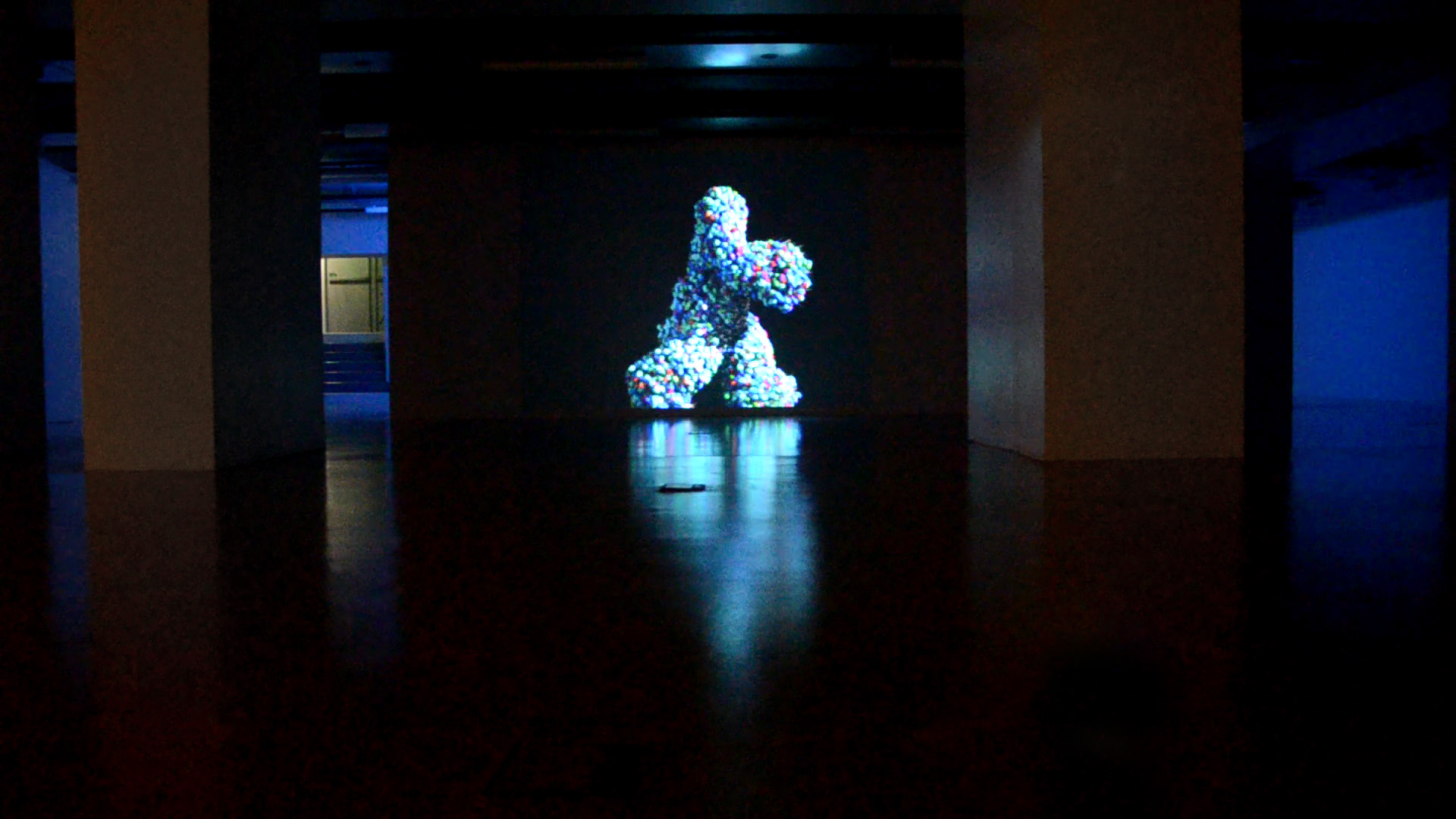 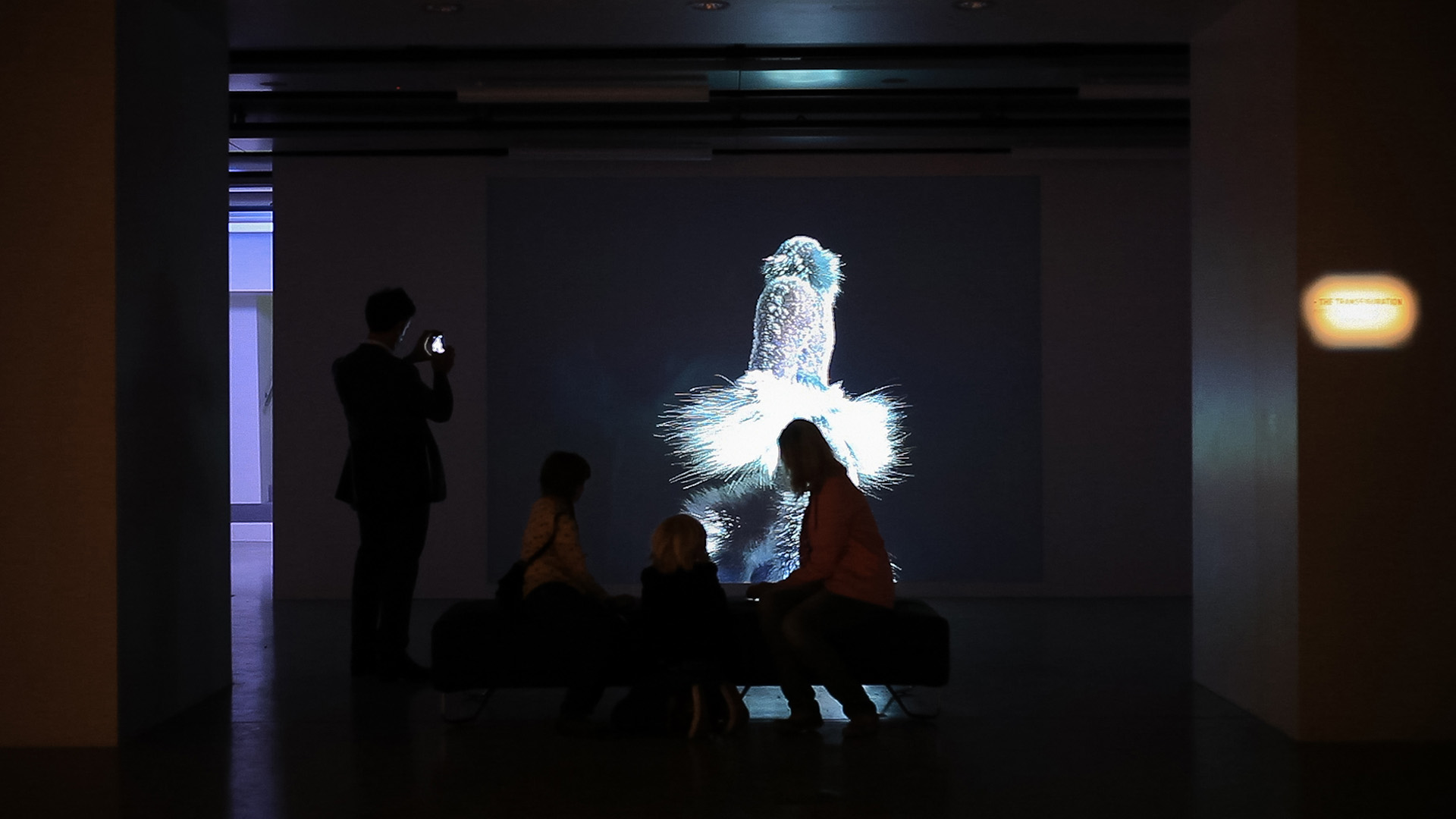 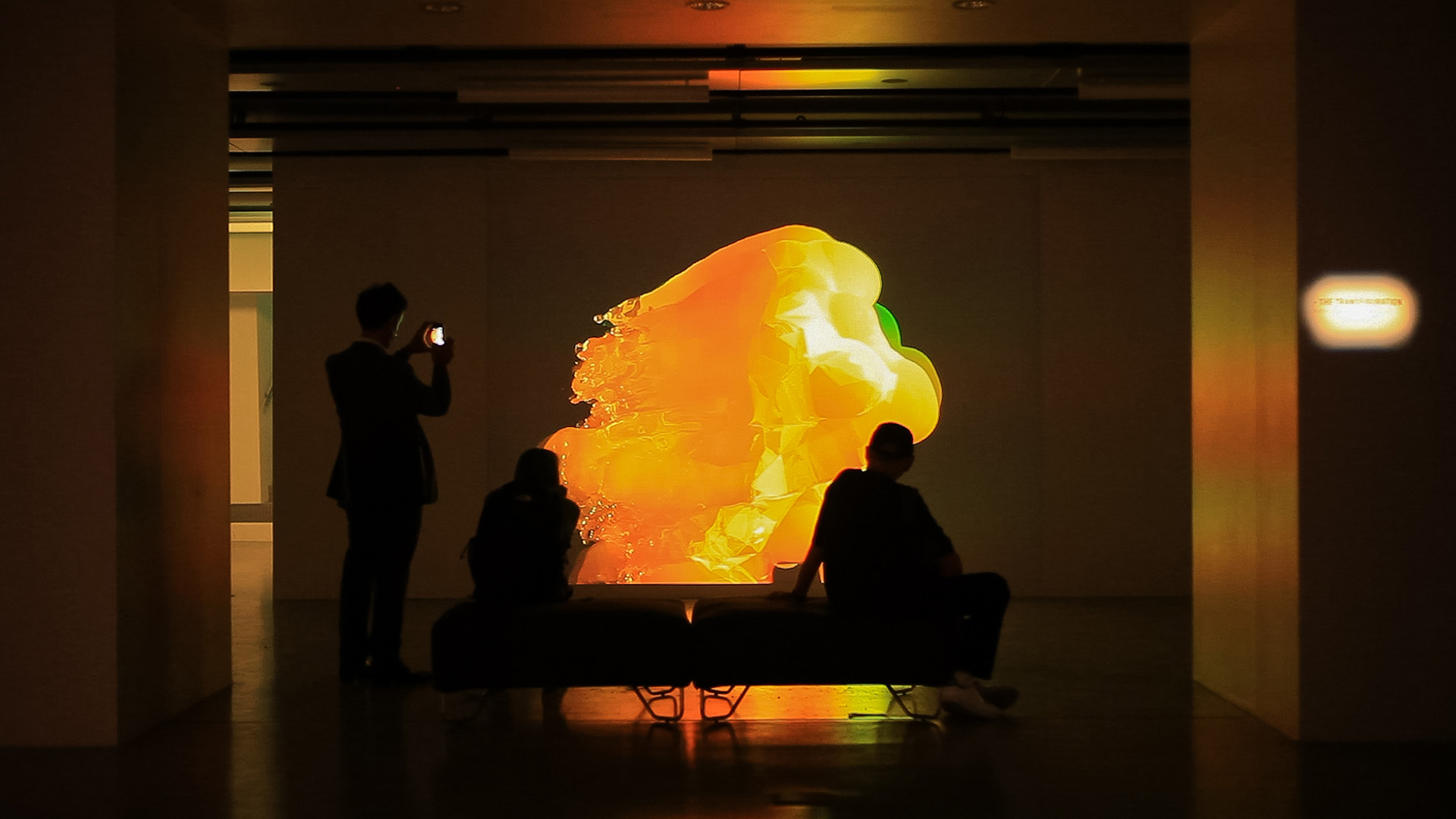 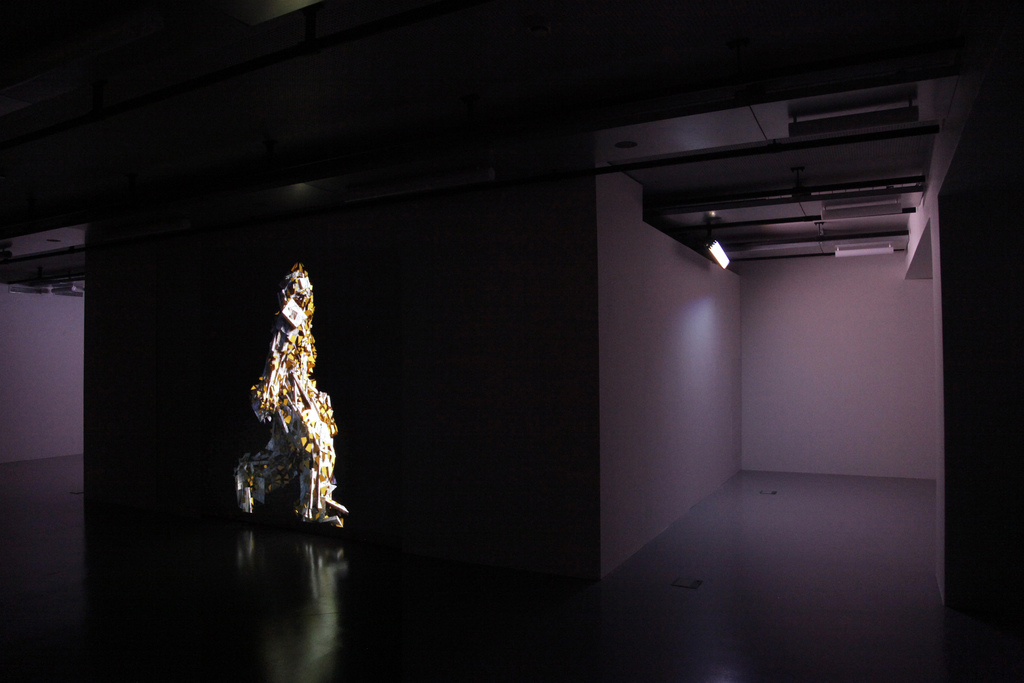 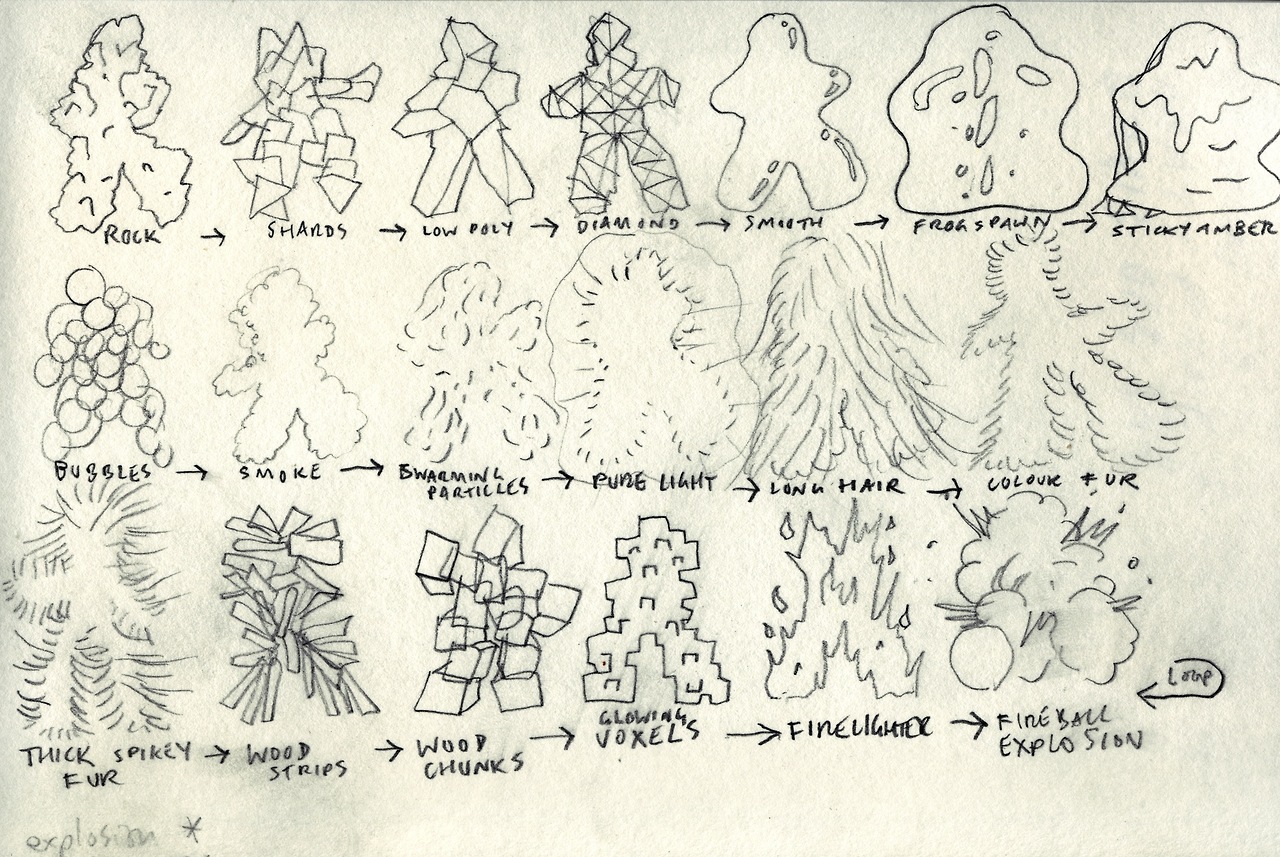 A hulking giant, set against blackness, walks confidently into the nothingness, his figure endlessly evolving between primitive and advanced materials in this evolving CGI artwork.

The Transfiguration’s abstracted figure appears in a succession of virtual “costumes” that explore a variety of shapes, forms, textures and material qualities – one moment it’s a suit of flames, the next concrete, and then a coat of crystalline formations, before it’s finally a colourful furry monster.

Buy a digital edition of this moving image artwork at Sedition.