Jakarta, Indonesia
An abstract representation of the recycling of ocean plastic 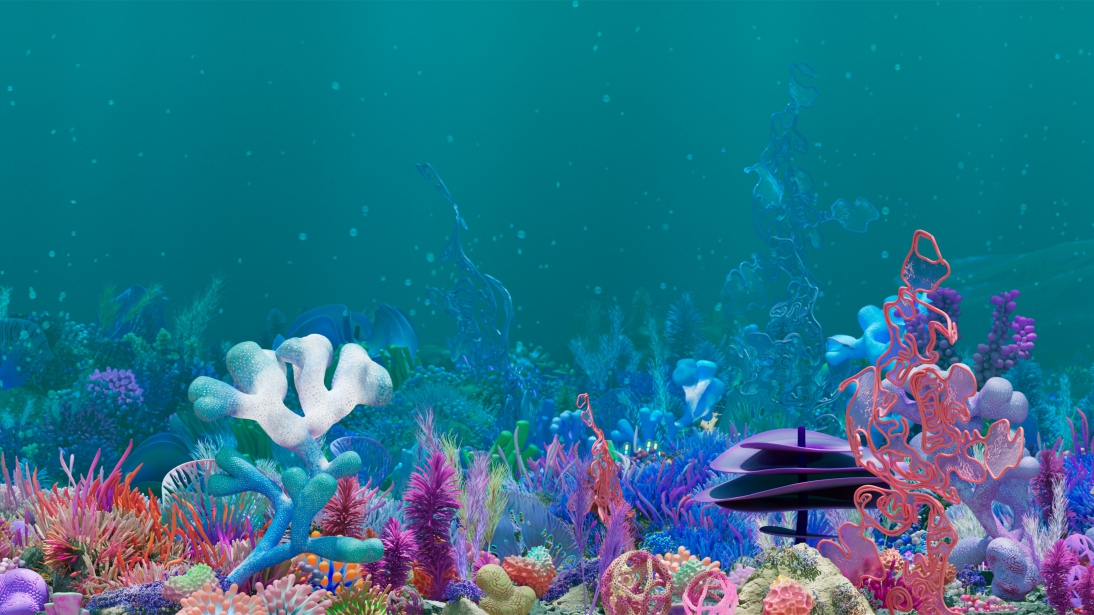 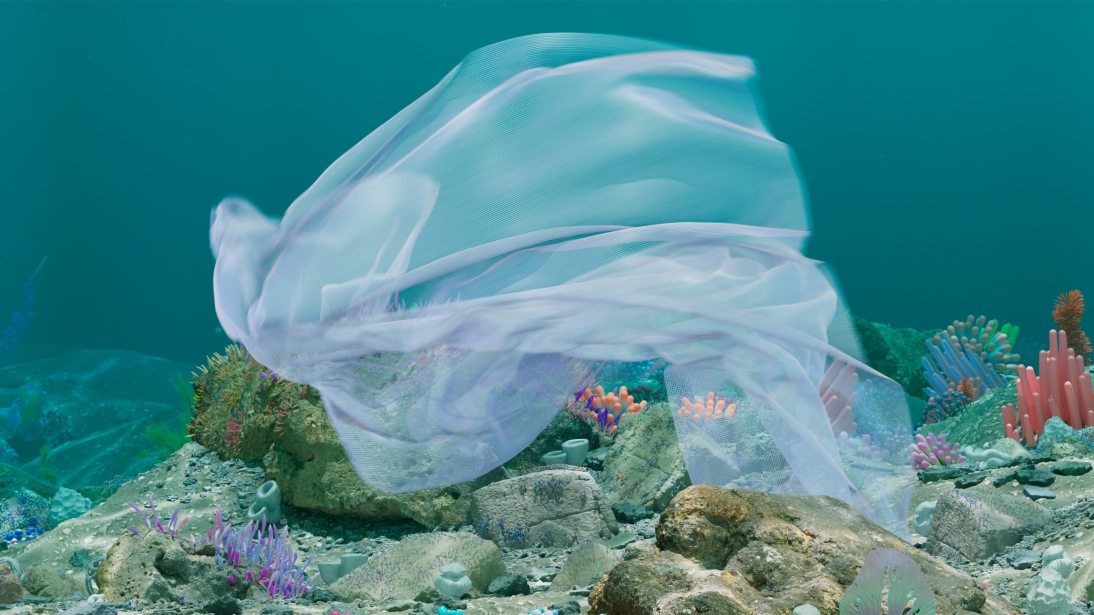 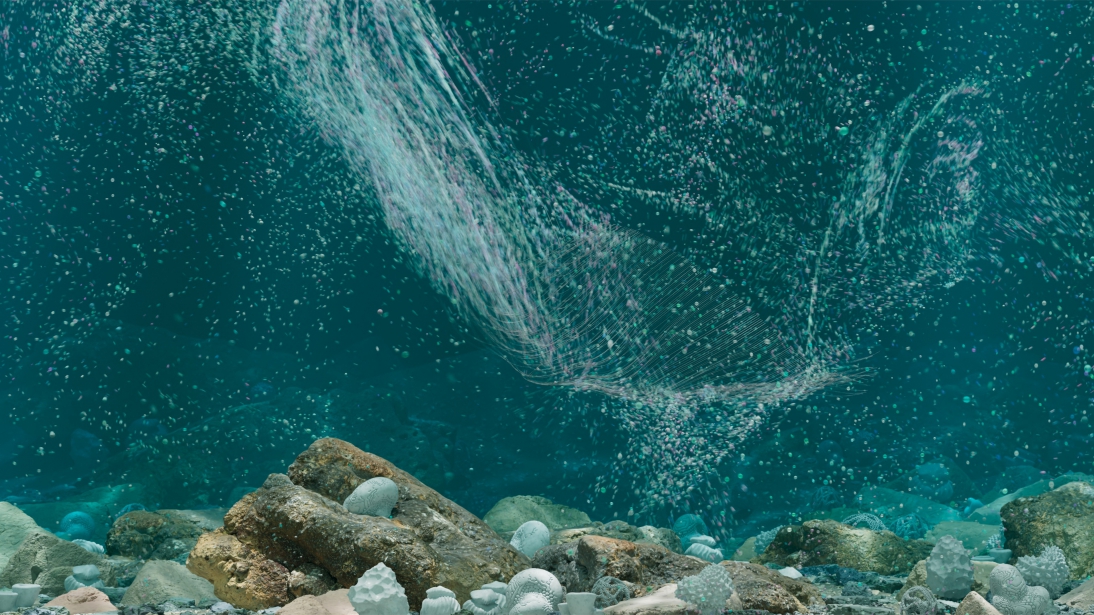 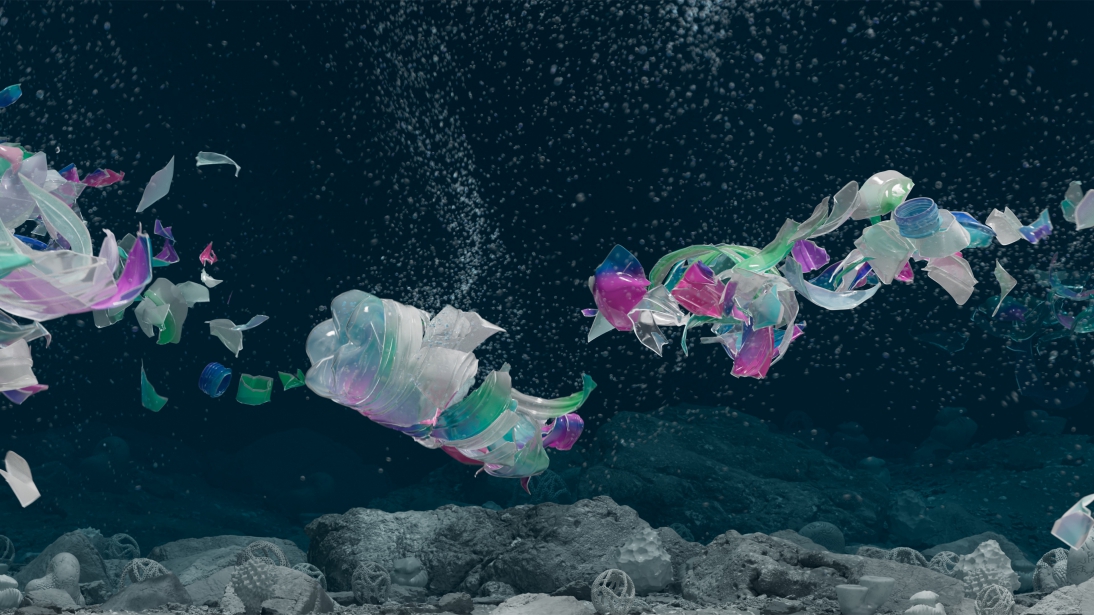 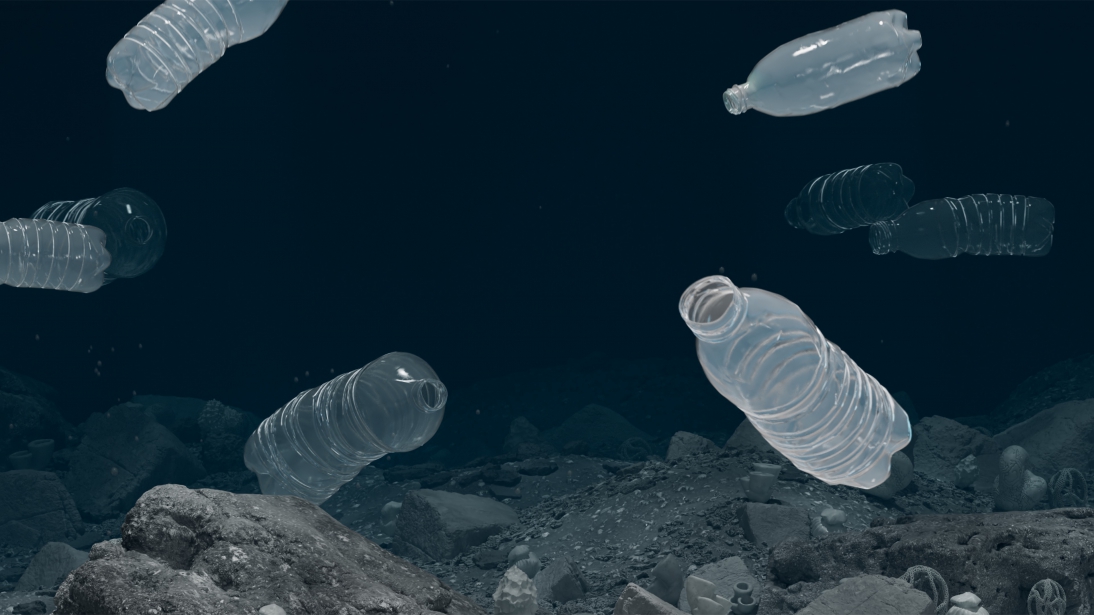 Ocean is an artful representation of recycling ocean plastic into the fabric used in the interiors of the all-electric Hyundai IONIQ 5 car. The video artwork is created for the launch of Hyundai Motorstudio Jakarta, Indonesia and features on the brand centre’s large-scale LED media wall. It’s inspired by the coral reefs surrounding Indonesia.

Referencing the recycling process, the bottles fragment. The scene starts to brighten and the plastic fragments give a subtle iridescent glow, creating a mosaic of petal-like forms floating in unison.

These petals dissolve into smaller particles, forming threads that weave together to create three swathes of fabric. The fabrics start to move, undulating, almost dancing with each other – evoking the motion language of underwater life whilst maintaining the sensibility of fabric. Light catches their forms, effervescent bubbles appear as they move through the water.

As the fabric floats out of frame, we see coral coming to life on the ocean floor – an abstract scene of unexpected forms moving in delightful ways. A visual metaphor for the rejuvenation of the ocean.

Now at its most vivid, the coral becomes a beautiful tapestry of colour and expression.