UE VR Show (Untitled) from Universal Everything on Vimeo. 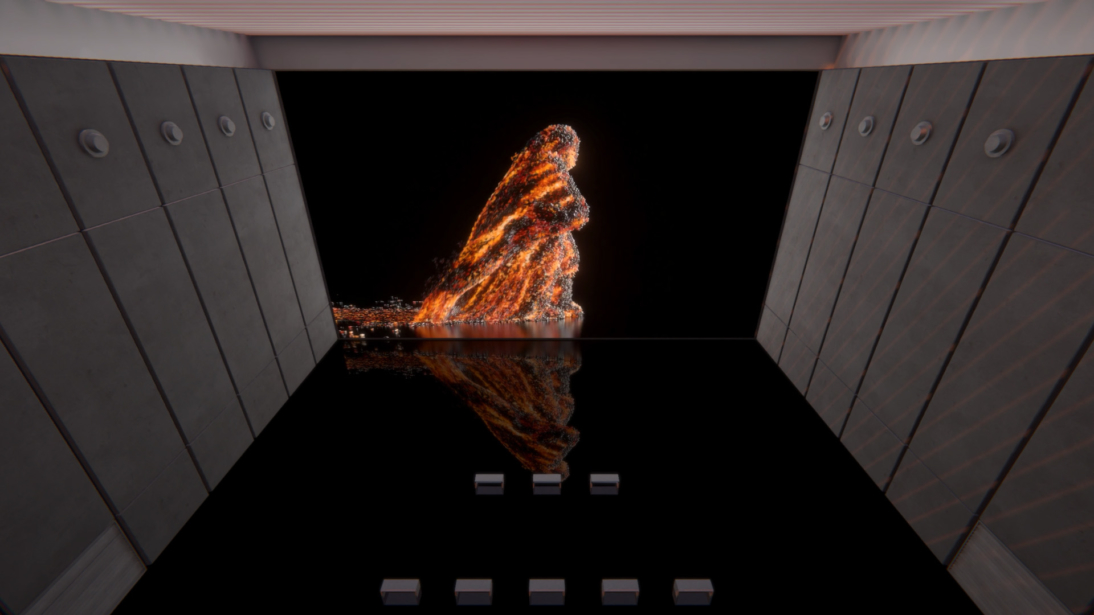 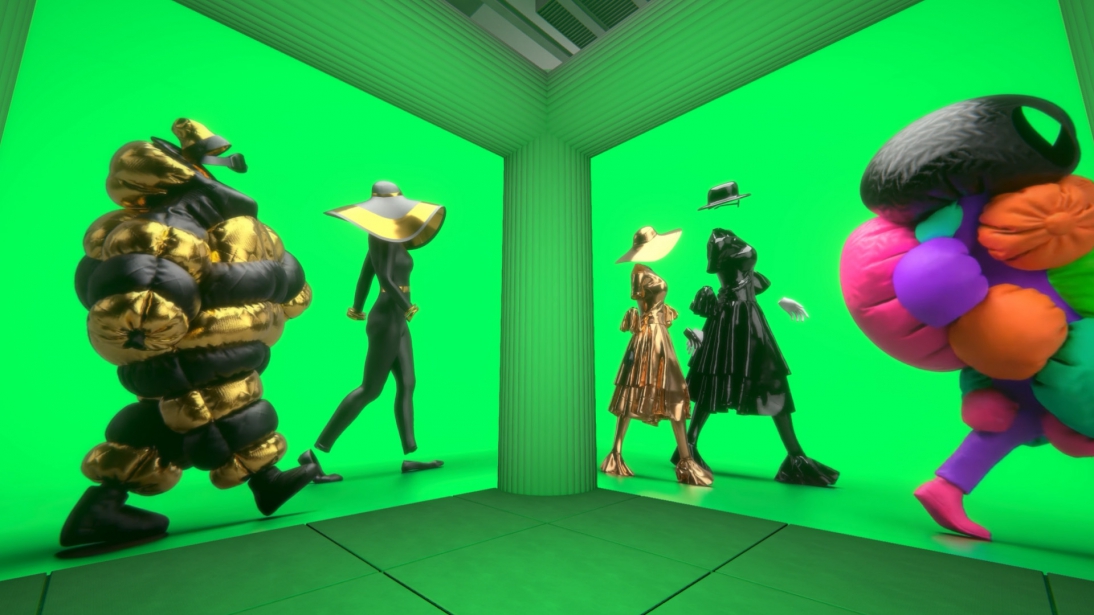 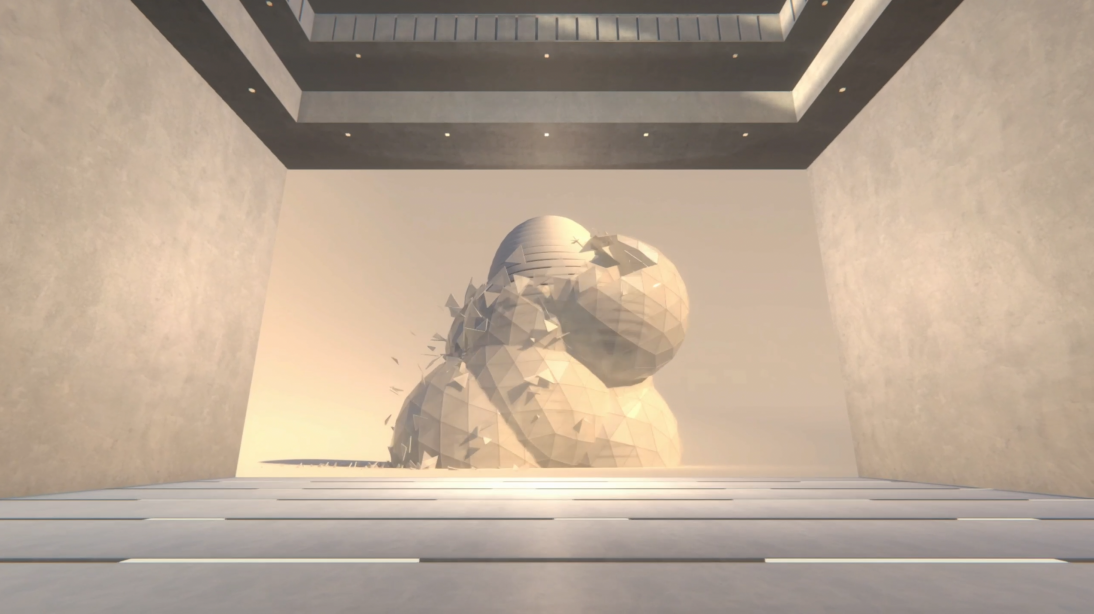 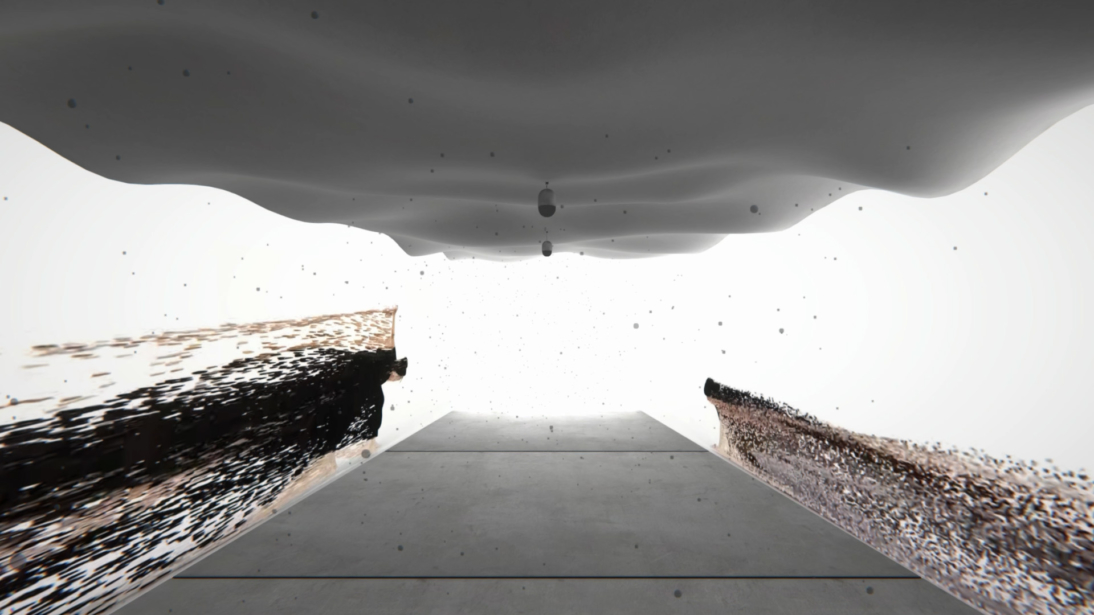 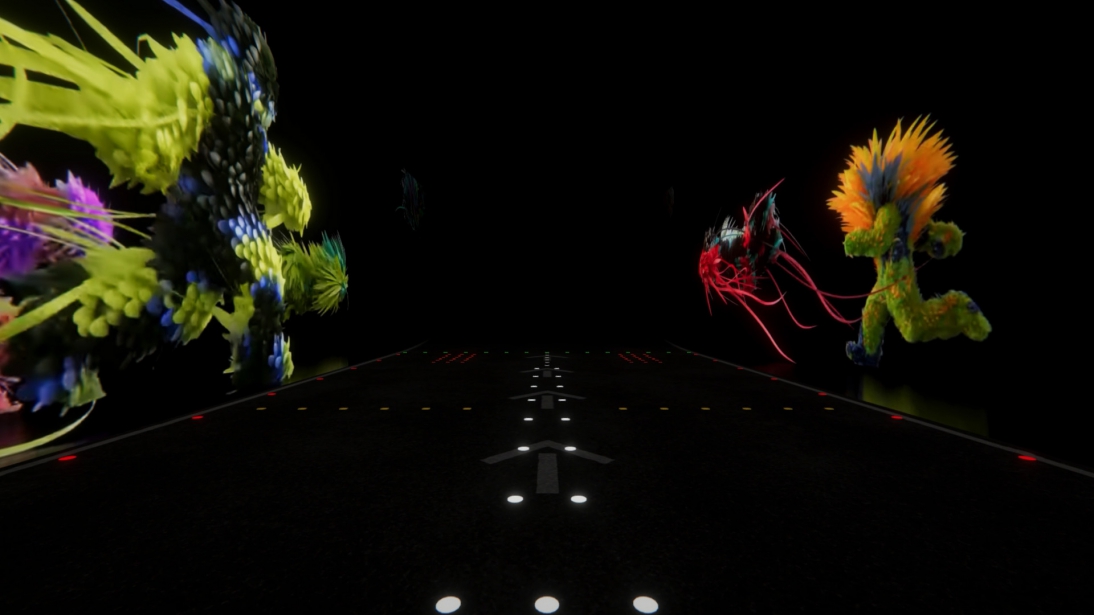 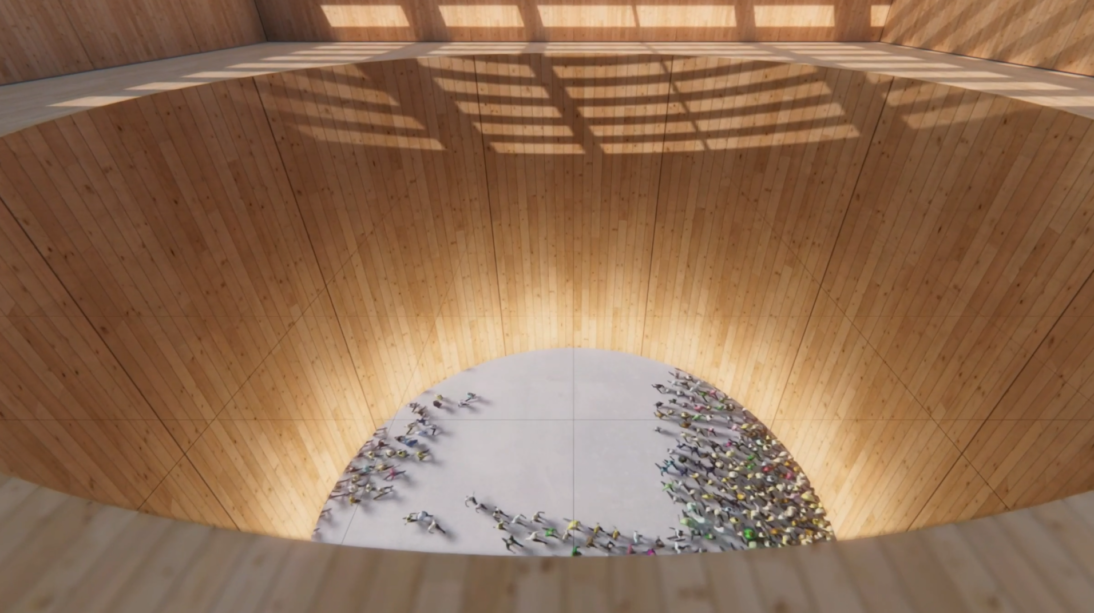 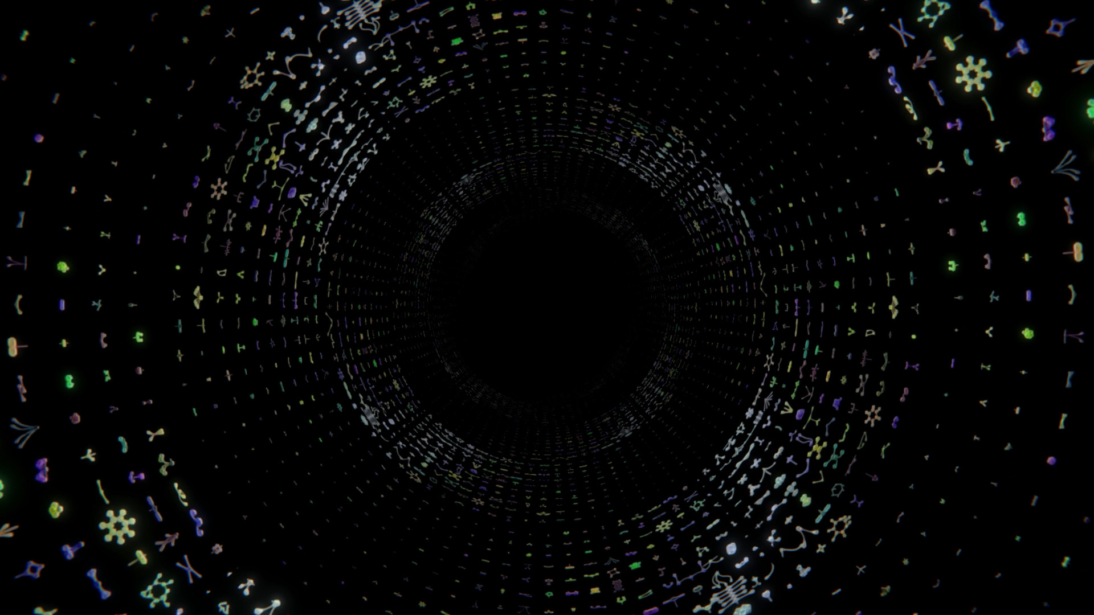 UE VR Quest 2 capture from Universal Everything on Vimeo. 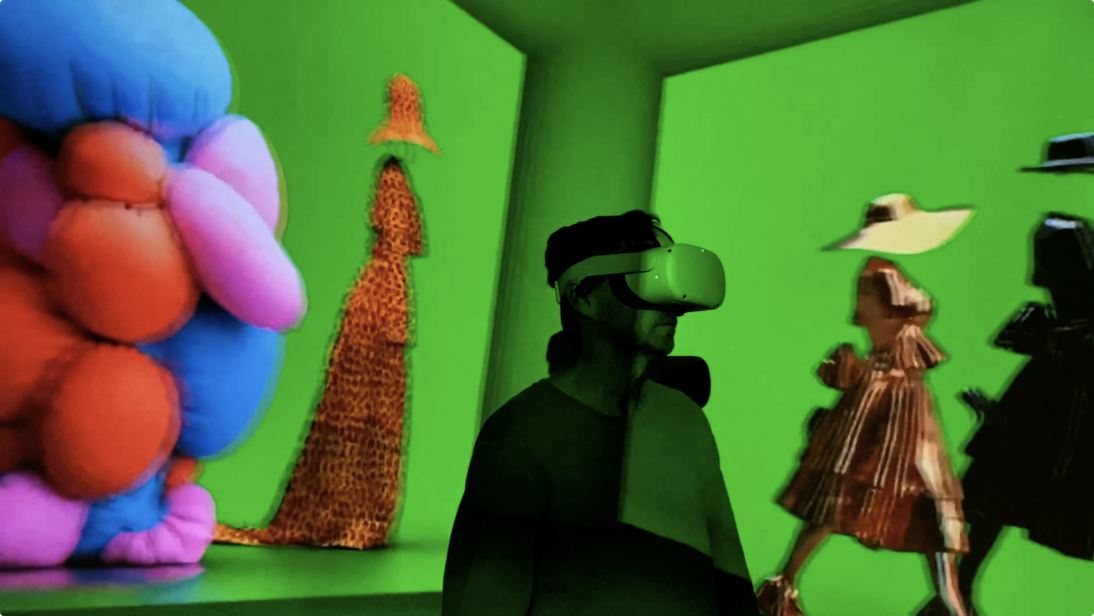 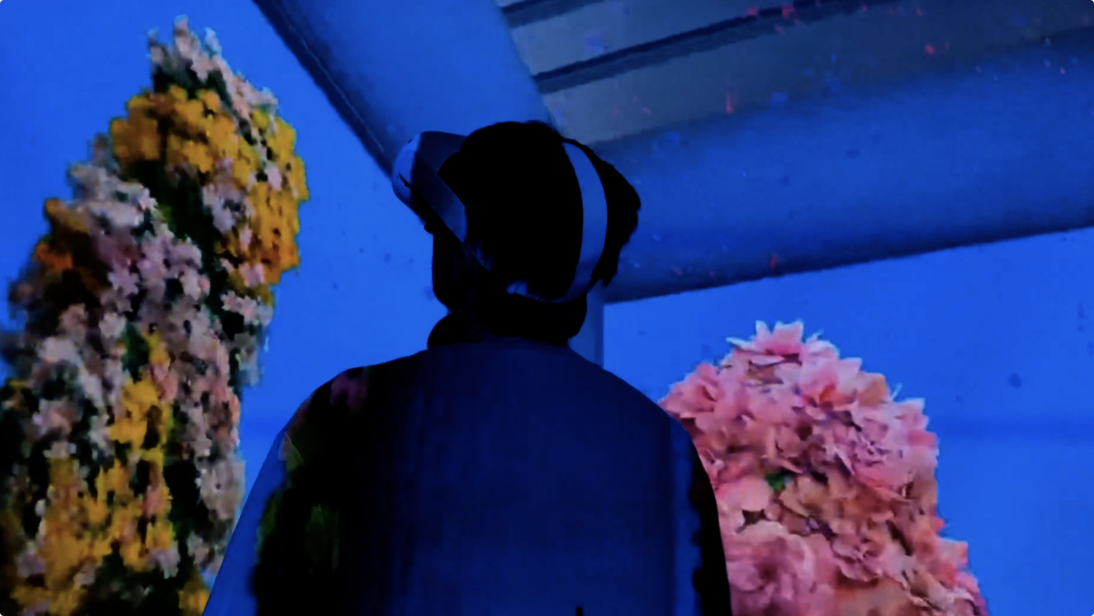 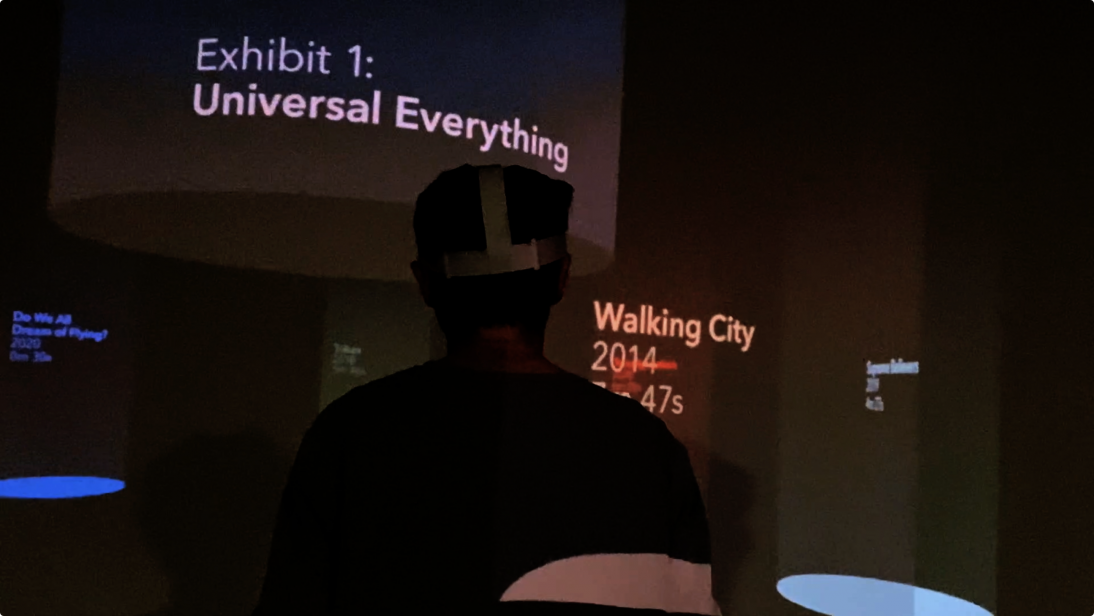 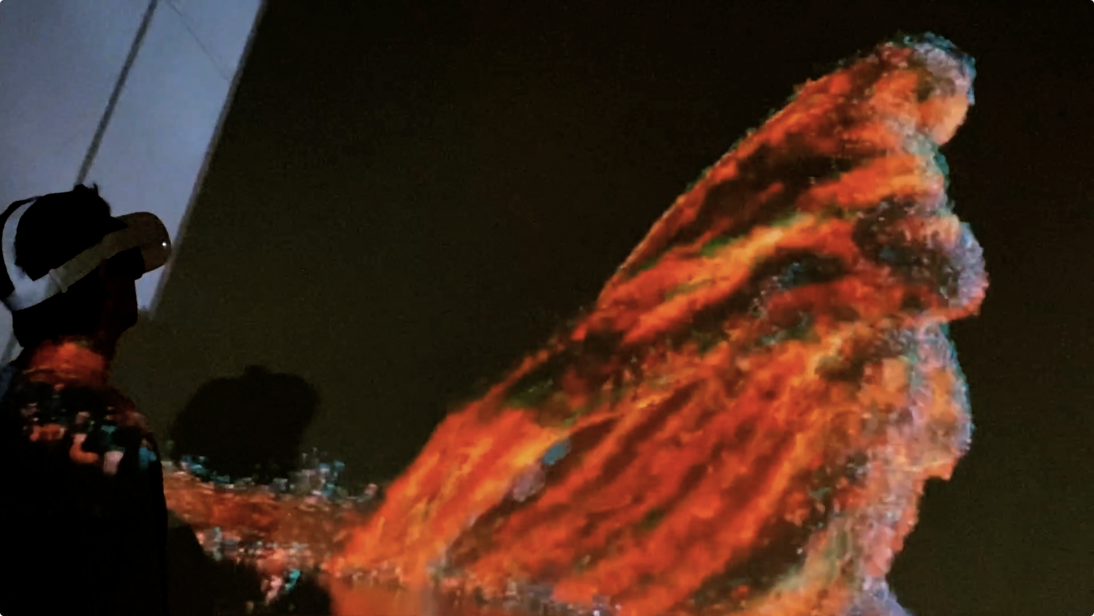 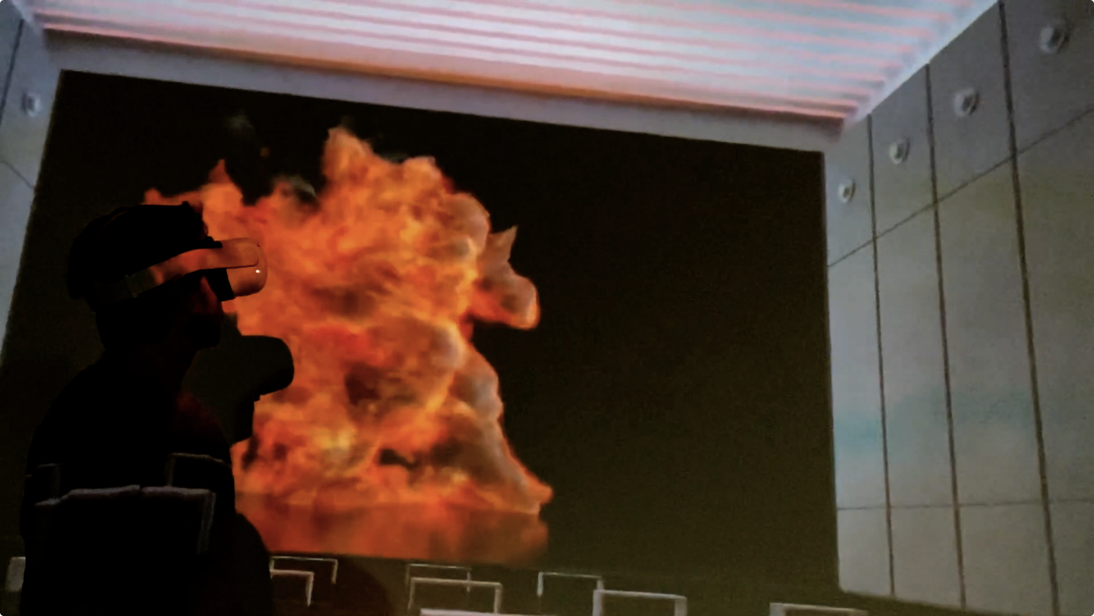 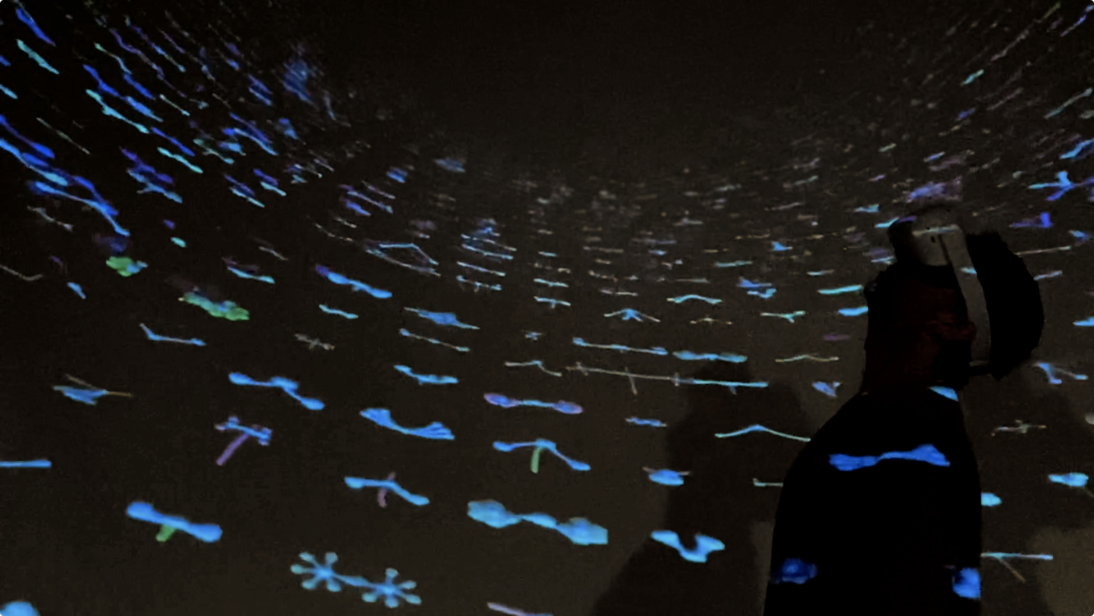 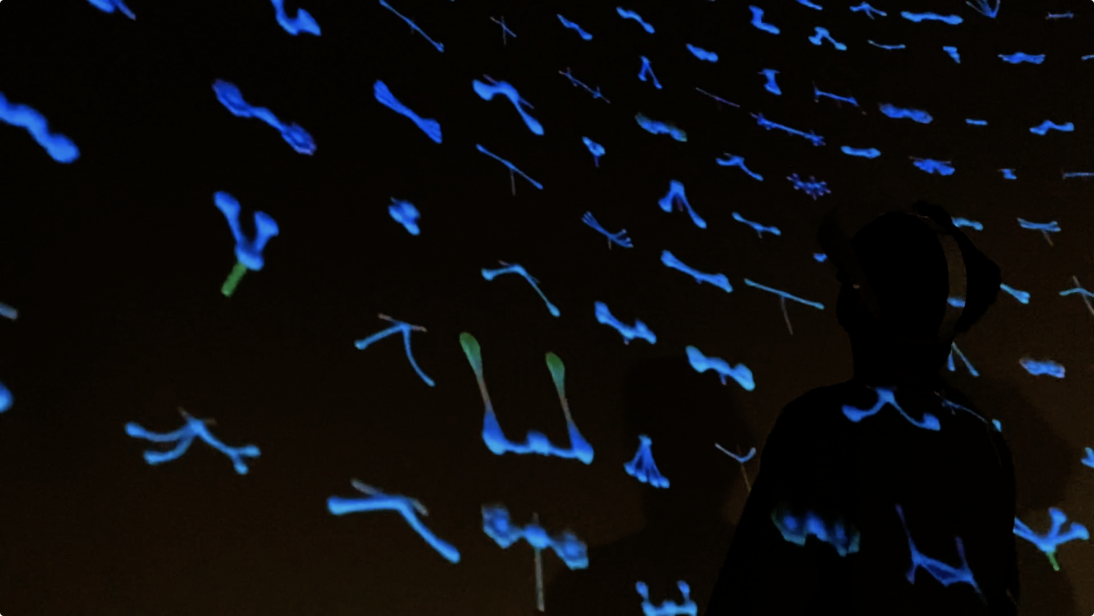 UE VR: Beyond Human is a retrospective exhibition of Universal Everything moving image artworks, presented for the first time in virtual reality. It marks the first of a new kind of exhibition as the launch project of the Centre for Impossible Media (CIM), the studio’s original platform for bespoke virtual experiences.

Beyond Human is the only place to see the latest versions of some of the collective’s artworks from its installations and commissions from 2011 to 2020.

Originally displayed as a 360° projection in a physical museum, Communion is housed in VR in an impossibly tall cathedral-like space, giving the impression of the video art continuing hundreds of metres above and below the viewer’s head.

Superconsumers was created for a 30-metre-high department store facade, and in VR it takes up residence in a fashionably constructed boutique, allowing the visitor to get closer to these giant characters. Meanwhile Walking City is on display in a brutalist atrium with a moving floor that amplifies the character’s cycle of architectural styles and motion.

Universal Everything has joined together with Human Studio – in a collaboration between two influential Sheffield-formed collectives – to present CIM VR. This new platform for displaying moving image enables visionary artists to take their ideas beyond the boundaries of the physical. It liberates the imagination from the constraints of geography, scale and logistics – instead taking advantage of the uncharted territory and freedom from convention that exist in the fields of virtual exhibition and events production.