Everyone Forever: Parade – compilation from Universal Everything on Vimeo. 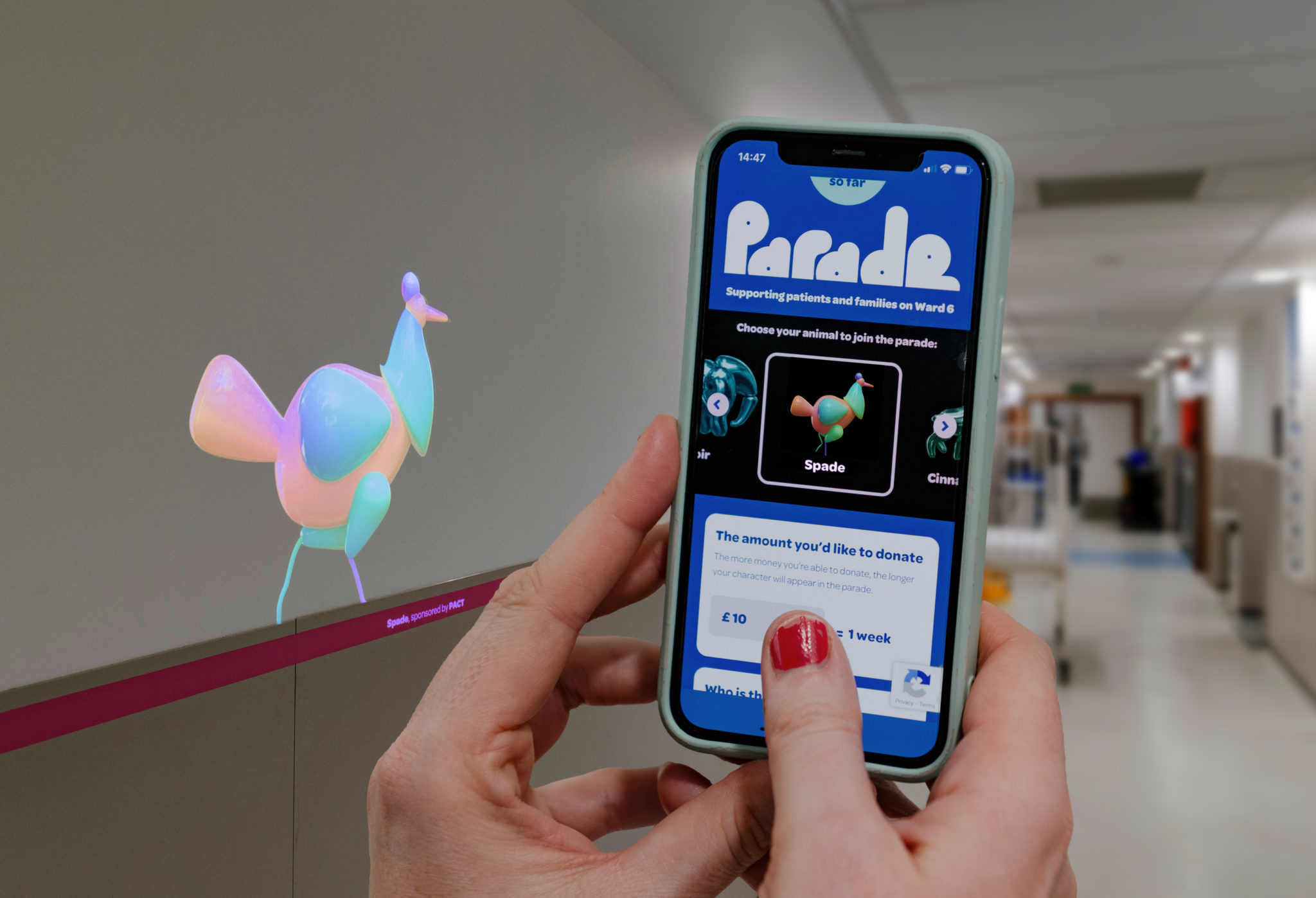 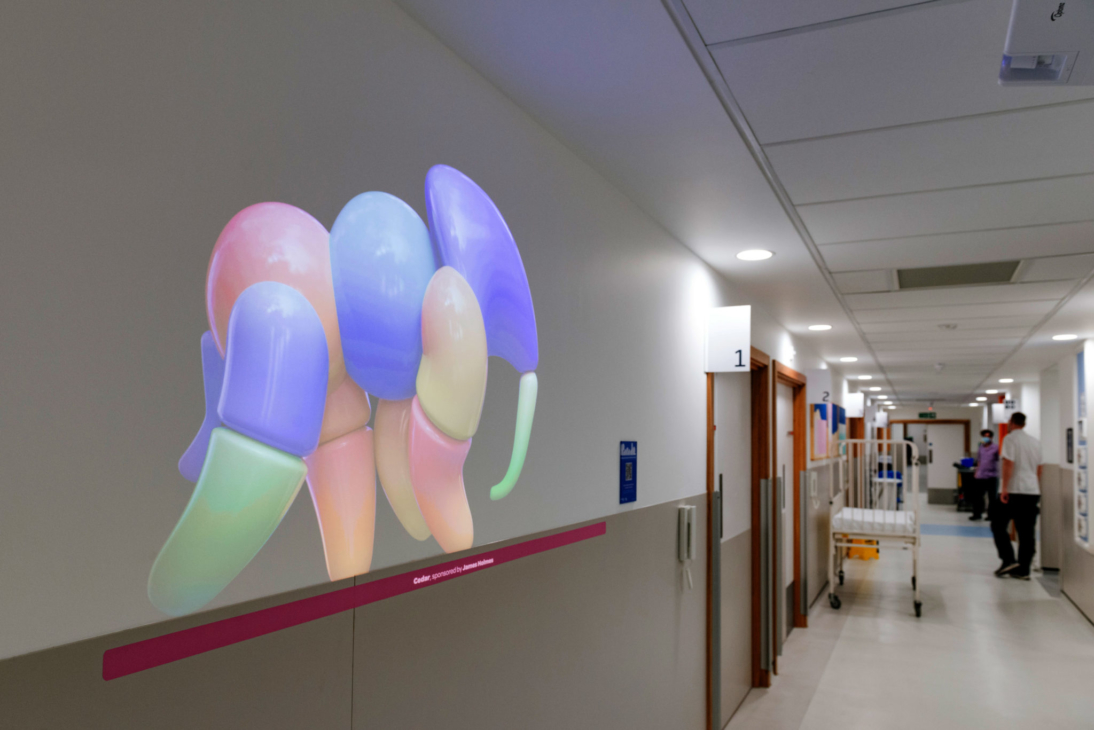 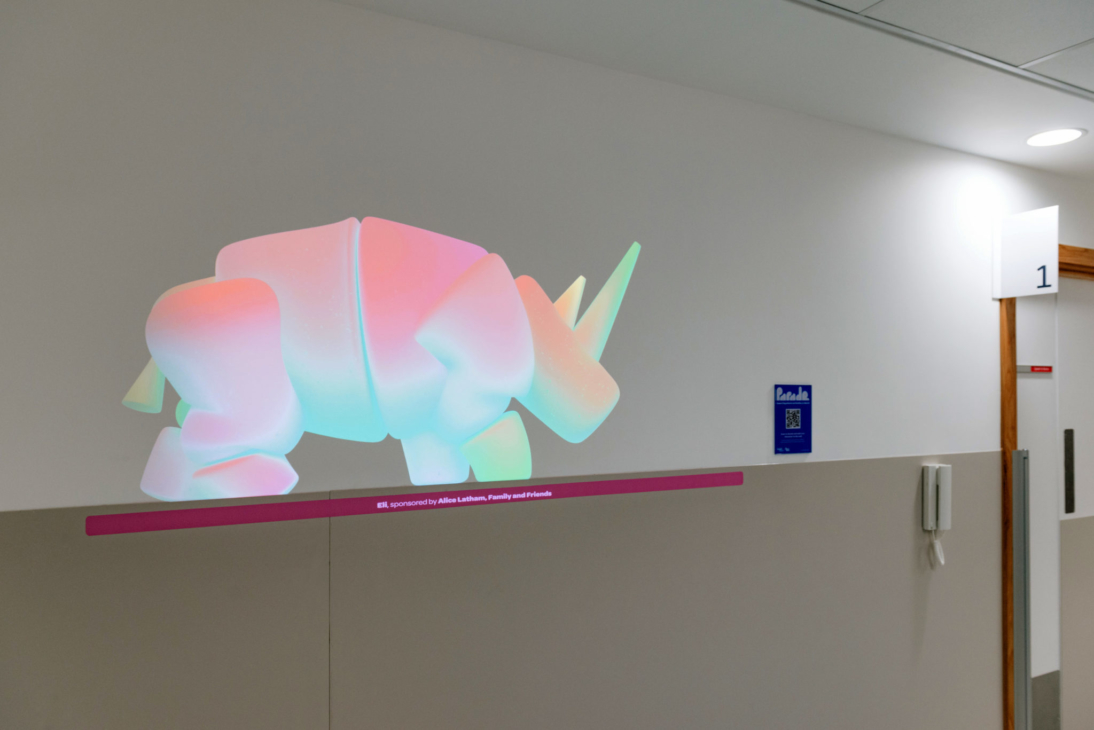 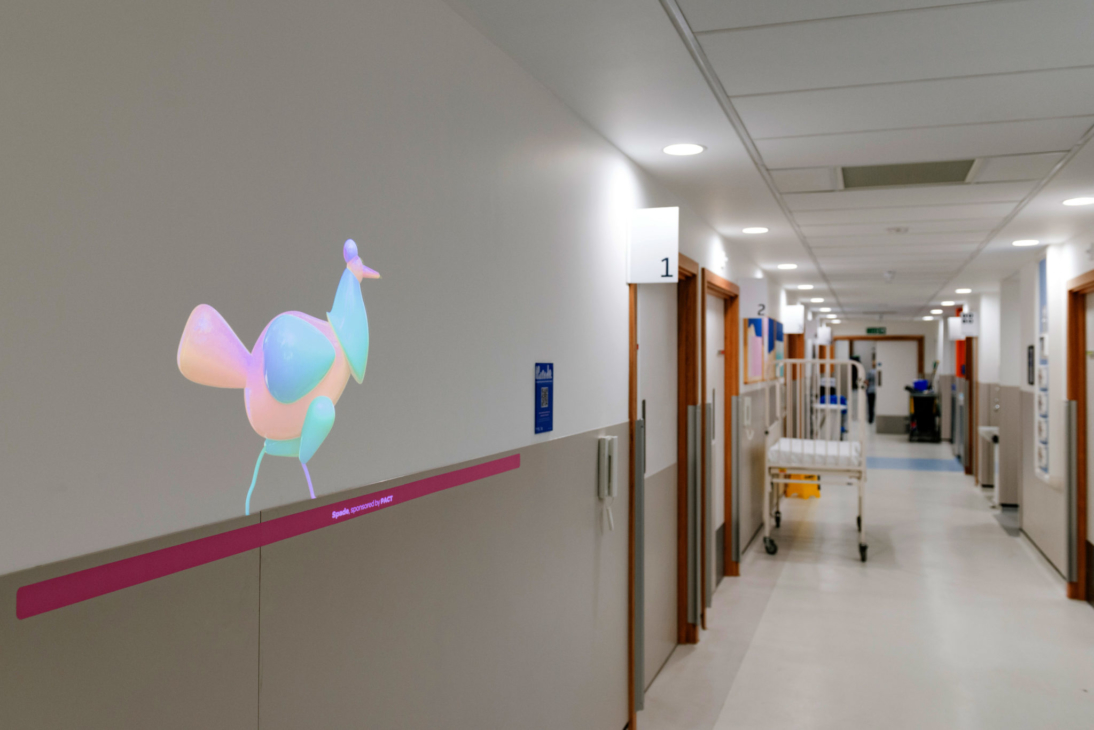 Parade is a playful digital donor wall, featuring a series of colourful creatures to discover and adopt. We created the project for the Cancer and Leukaemia Ward at Sheffield Children’s Hospital.

Parade aims to generate funds for The Children’s Hospital Charity. Each character joins the parade through a donation, made at the ward or online. It also offers a much-needed distraction during treatment.

The digital artwork brightens the ward, inviting young patients and their families to enjoy a parade of joyful characters. Watch as 3D animals — including flamingos and elephants — walk by on the wall, as well as more curious creatures designed to capture the imagination. Bringing colour and movement to the space, Parade provides an uplifting, engaging visual experience for the ward’s patients and visitors.

Sheffield Children’s Hospital is one of only three stand-alone children’s hospitals in the UK. Its arts programme, Artfelt, is funded through The Children’s Hospital Charity. It aims to brighten the hospital, make children smile, and engage patients in creative workshops during their stay. Parade was commissioned by Artfelt and created in collaboration with web studio Kleber. Donations will help to fund craft and play activities, updates to the hospital environment and packs for parents.